The war effort at home during WWII 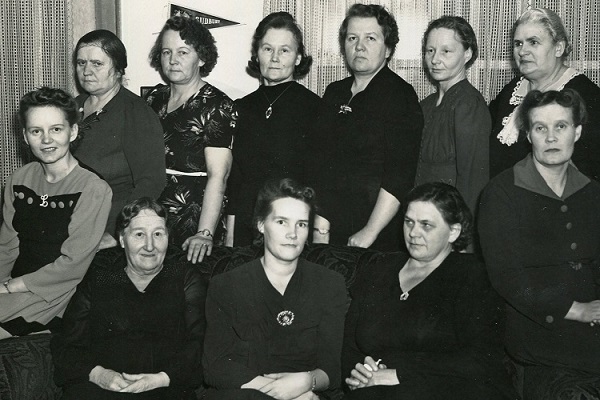 This group of Finnish women in Timmins knitted socks and scarves for soldiers during WWII. (Timmins Museum: National Exhibition Centre)

As Remembrance Day approaches and we look back at Timmins history, lest we forget the efforts made at home during World War II.

Women knitted socks and scarves for soldiers; parts for warships were made in the Hollinger Mine machine shop, and, of course, money was raised.

“Their share came in at $1,135,000 and the rest was raised by Kapuskasing, Iroquois Falls, Cochrane, Smooth Rock Falls, Hearst, Matheson and Monteith, Ramore and Holtyre and a group known as Special Names,” she recounts. 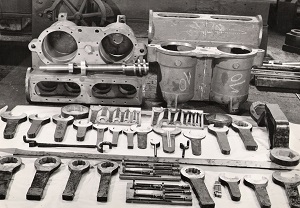 Parts for warships made in the Hollinger Mine machine shop.
(Timmins Museum: National Exhibition Centre)

The Victory Loan Committee was charged with getting the word out and ensuring that people participated.

“So pageants, a visit by the Army Train, a group of Norwegian airmen were all events organized to help with the effort,” says Bachmann. “By March 19 of that year, a mere six weeks into the campaign, the people of the Cochrane District raised a whopping $2,150,000.”

Every town in the district bettered the previous year’s total.

In honour of all that, the 433 Squadron became known as the Fighting Porcupine Squadron and a navy Corvette was named HMCS Timmins.

This year marks 75 years since the end of WWII.