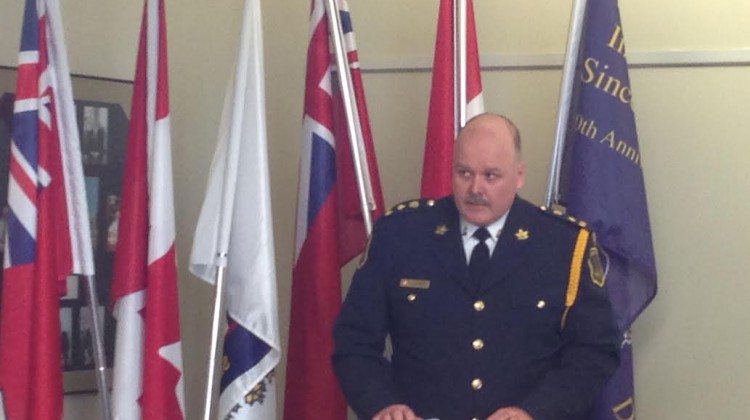 The Timmins Police aren’t saying much about the investigation into two suspicious deaths. However, they will say there is a possible connection between the fatal car crash into Little Pearl Lake, and the two bodies found at a home on Denise Street.

Police Chief John Gauthier says after 23 year Richard Gagnon was identified, officers went to the house on Denise Street to notify his next of kin.

“Officers located two individuals who were deceased,” says Gauthier about the order of events over the weekend. “At this point, I can tell you that this is a suspicious death investigation.”

Police aren’t saying much else, including the exact cause of Gagnon’s death. Chief Gauthier says the investigation is still in its early stages,which is why they are staying quiet on specific details.

“This is a significant investigation, which follows the major case management model,” explains Gauthier. “As I’m sure the media and the public can understand, the release of the information is sensitive to the investigation, and takes time.”

Communications Coordinator for the Timmins Police, Kate Cantin, commented on the widespread speculation across social media.

“Any information that’s released by people other than the police service, that’s what it is, is speculation,” says Cantin. “It’s early investigation at this point.”

Police aren’t going to release the identity of the two bodies found at the Denise Street until after a post-mortem, which is scheduled for today. Gauthier says although the investigation is in its early stages, there is no threat to public safety.

Photo: Gauthier speaks to the media about the case

Previous Story on the case: Three Suspicious Deaths may be Connected