Kidd putting money into Timmins after the mine closes 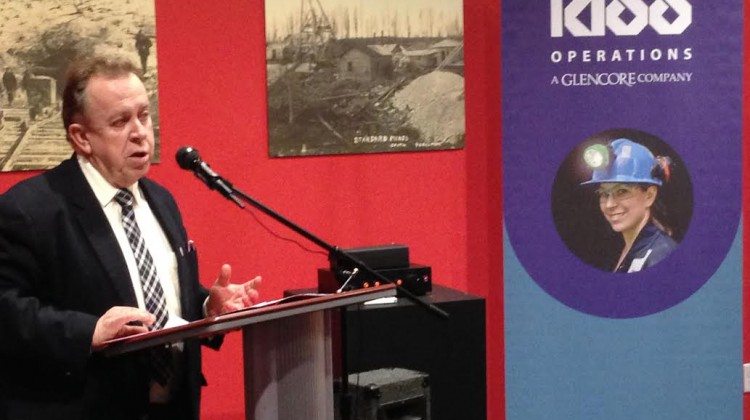 Kidd Operations is making moves to help support Timmins after their mine shuts down in six years. Working with the Ontario Trillium Foundation, the two are investing a combined $1 million into a Legacy Fund.

The Minister of Northern Development and Mines, Michael Gravelle was in town to help make the announcement. The money will go into Timmins’ non profit sector, which Gravelle says is an important one.

“To support the community ventures that are so vital, that just aren’t going to be able to succeed in the face of a business structure,” says Gravelle. “They are there for the benefit and the goodness of the people within the community.”

General Manager of Kidd Mines, Tom Semadeni says the motivator behind the fund is the company knows there will be a void when the mine shuts down.

“So we wanted to, you know, taper off a bit, and make sure that the community gets used to us not being around,” says Semadeni. “This allows us to continue to support all the non profits, as we are closing.” He says they want to be able to extend their reach and their influence, once the mine is closed.

Kidd and the Ontario Trillium Foundation will now put money aside to prepare for 2021. Kidd Mines is expected to close around that time, which is when applications will start being accepted for funding.

Photo: Minister of Northern Development and Mines, Michael Gravelle, helps to make the announcement at the Timmins Museum on Monday.