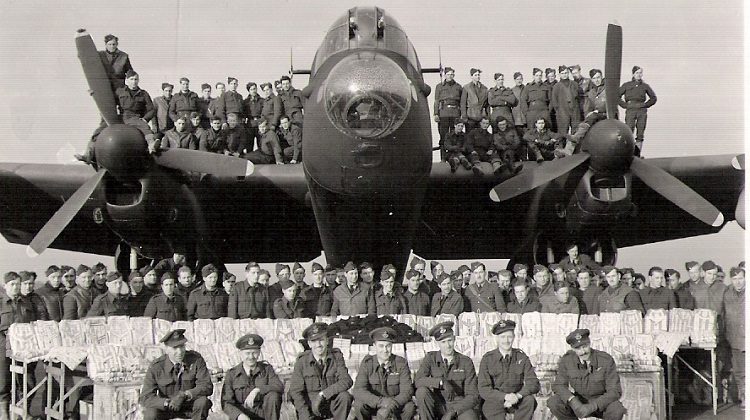 With Remembrance Day approaching, our examination of Timmins history this week and next will deal with the local connection to World War Two.  This year is the 75th anniversary of the end of the war.

Museum director-curator Karen Bachmann starts with a tragic story about a young airman.

“Sergeant Pilot Bernard Peter O’Neill, the first airman from Timmins to receive his wings in the Royal Canadian Air Force,” Bachmann says, “was reported as missing in action after being on a bombing flight somewhere in Europe.”

Being the first local airman to get his wings put O’Neill in the category of men the air force itself said had an optimistic life span of four weeks, during the 1941-42 Battle of Britain.

“Sergeant Pilot O’Neil, son of Joseph and Isabelle O’Neil was one of 17,397 RCAF airmen who lost their lives in World War Two. He was 23 years old when he died on June 2nd, 1942,” Bachmann tells us.  Sgt. O’Neil is buried in Cherbourg, France.

Next week: the financial value of Timmins’ support of the war effort.