Poppy weeks proclaimed; you might want to carry cash to buy one 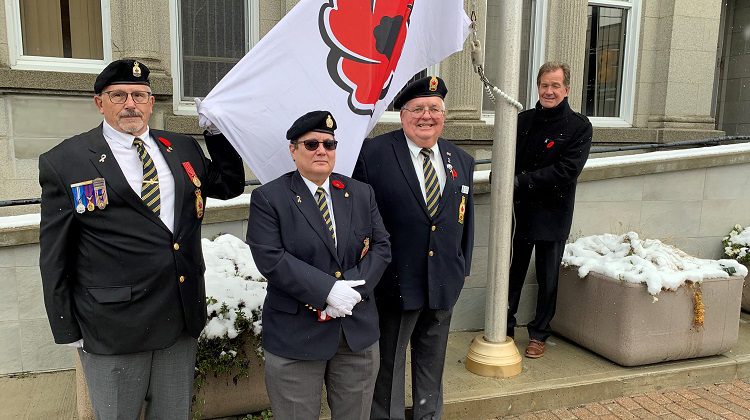 Branch 88 Timmins sergeant at arms Andréa Villeneuve says it’s especially important to support the cause during the pandemic.

“It’s been an especially tough year for everybody” she remarks, “however we still need to remember all those who have served and those that are still serving for us.”

There won’t be as many Legionnaires out with poppy boxes this year, but Villeneuve says there will be boxes all over the city.

So you might want to make sure you have cash in your pocket.  A lot of us have been paying everything with plastic cards since the pandemic arrived, but you can’t use debit or credit to buy a poppy.

Failing that, Villeneuve has a suggestion.

“You can also donate online to the Royal Canadian Legion.  It’s not directly to our branch, however, it still goes to our veterans.”

The poppy flag was raised at City Hall on Wednesday. Mayor George Pirie has proclaimed Poppy Weeks from October 30th to November 11th, as well as two minutes of silence at 11:00am  on Remembrance Day.