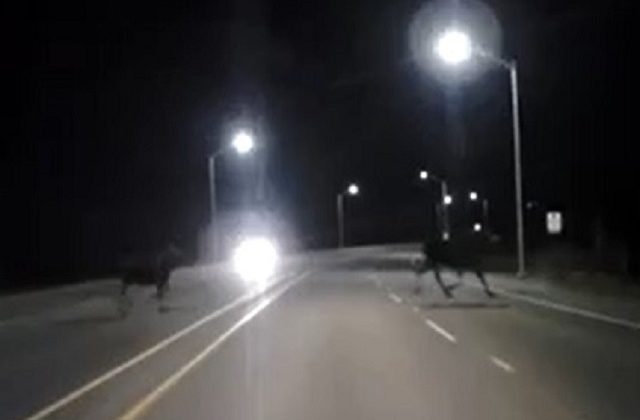 Two Southern Ontario boys in their first year with the Timmins Rock junior hockey team got up close and personal with a pair of moose Wednesday night.

Eighteen-year-old Bode Dunford of Peterborough and 17-year-old Henry Brock of Port Perry were on their way back to their billet homes in South Porcupine, just after 8:30.

Dunford was driving, when just before the 50 km/hr speed limit sign coming into town on the highway…

“Out of nowhere, two moose just came walking across and (I) slammed on the brakes,” he tells My Timmins Now Dot Com. “Now me and Henry are pretty freaked out.”

Dunford says he and Brock both knew they’d see wild animals up here, but not so soon.

“I didn’t think so. I mean, I’ve heard stories of people almost hitting them with their cars and stuff, but I didn’t expect to encounter them in the first month of being here.”

The display on Dunford’s dashcam video of the incident shows he was travelling at 34 km/hr.  He says the close call is an eye-opening experience, telling him to expect something similar anytime. 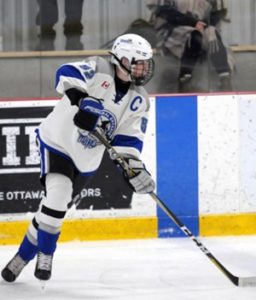 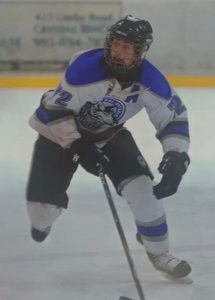