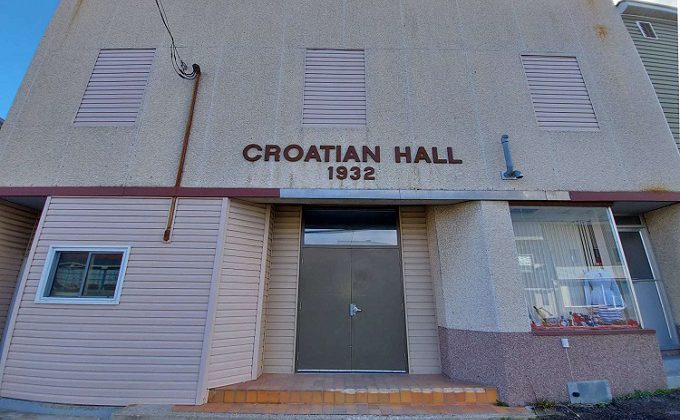 The effort into making sure the Croatian Hall survives past its one-hundredth anniversary got Timmins Museum director-curator Karen Bachmann thinking about the cultural halls the city has had.

We look back, in this week’s examination of Timmins history.

Bachmann mentions the influx of European immigrants into the Porcupine mining camp, before and after the First World War.

They stuck together with people from their home countries, and built places to gather and celebrate their cultures.

Bachmann hopes the Croatian Hall committee succeeds so that the building and its activities remain part of Timmins. It  and the Dante Club are the only ones that remain, although LaRonde is working on a new French-Canadian cultural centre.

“These halls became centres for people to feel like they were part of a community still, but to learn how to be and to become Canadian,” she adds.

Bachmann adds that they preserved their food, languages and dances. And most halls had stages because the groups enjoyed a lot of theatre.

Next week: More on La Ronde, and how its genesis differs from the others.