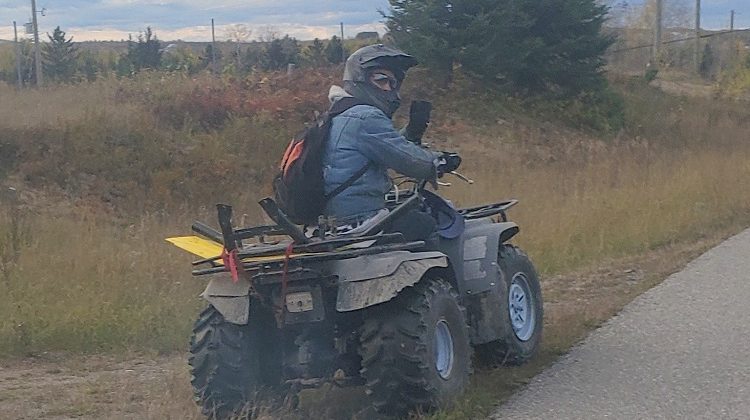 Yet another all-terrain vehicle operator is being sought by Timmins Police – this one for threatening a woman on the Terry Fox Trail.

The woman told police that yesterday afternoon, she took a photo of the errant man and his ATV.  They’re not allowed on the trail, as noted on signage in the area.

Not enjoying the photo session, the man offered to run the woman over.

He had fled by the time police arrived. If you know the man from the photograph, you’re asked to call police or Crime Stoppers.