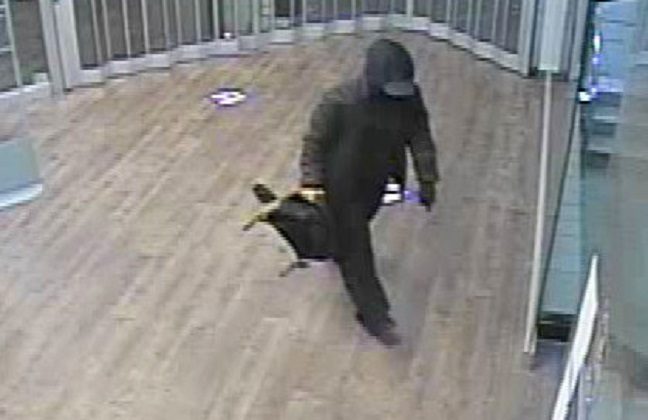 The only Royal Bank branch in Timmins couldn’t open Friday because of a deliberately set fire in its ATM lobby Thursday night.

City police say dispatch got an ATM alarm for the 101 Mall location at about 9:30, followed quickly by a fire alarm.

“The ATM lobby and the ATMs were damaged,” he tells My Timmins Now Dot com, “but then when the sprinklers went off, there was some flooding in behind the ATMs.”

There was also some smoke and water damage inside the branch.  Simon says even if it can’t reopen Monday, manager Cory Kingsbury and his staff will be on hand to help customers. Meanwhile, the ATM at Petro-Canada at Algonquin and Mountjoy is full service.

Police have released surveillance images from the scene at the 101 Mall. The suspected arsonist is shown running away, headed north on Pine Street. 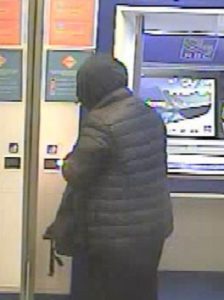