Walking every year for 40 years, inspired by Terry Fox’s Marathon of Hope 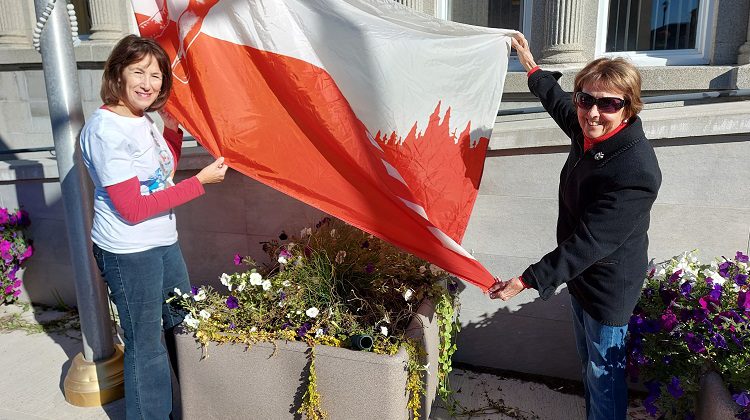 It's the 40th year of the Terry Fox Run and Patricia Onotsky (right) will be walking for the 40th year, doing her part. She was at this morning's flag raising outside City Hall, along with local Terry Fox committee chair Cathy Davis (left). (Bob McIntyre, MyTimminsNow.com staff)

Don’t be surprised to meet Patricia Onotsky  walking around Gillies Lake on Sunday, doing her part for the Terry Fox run.

“Don’t make me cry,” she replies with a nervous chuckle.

Onotsky followed the Marathon of Hope and says she was inspired by Terry Fox.

“And I thought my gosh, such a young man and so dedicated. He knew what he wanted, he knew how to go or do whatever he’s going to do.”

Onotsky says she’ll keep participating every year for as long as she’s able to.

Money raised goes to the Terry Fox Foundation and is used for cancer research.