UPDATE, SEPT. 16: The woman caught on camera assaulting another woman last Friday at a grocery store has been arrested.

Investigators knew her before this incident, but add that the 61-year-old woman who was attacked did not.

There’s another random attack to report from the streets of Timmins.

This one happened at about 6:30 Friday night, outside a grocery store. City police communications coordinator Marc Depatie says that’s where a woman was approached from behind.

“The female victim was going towards the entrance, at which time an unknown suspect came up behind her, pulled her backpack, causing her to spin around.  The suspect then punched the victim in the face, causing her to have a cut to her bottom lip and a nosebleed as well.”

Depatie adds that the victim she doesn’t know her attacker.

“Photos of the suspect, of the event taking place were furnished to the Timmins Police Service,” he adds, “so we’re hopeful these will generate some information in regards to this investigation.”

Once you look at the photos, police are asking you to call or take the anonymous route via Crime Stoppers with any helpful information. 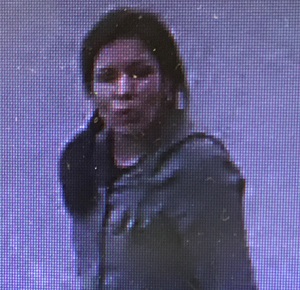