Timmins history: Mines of the past 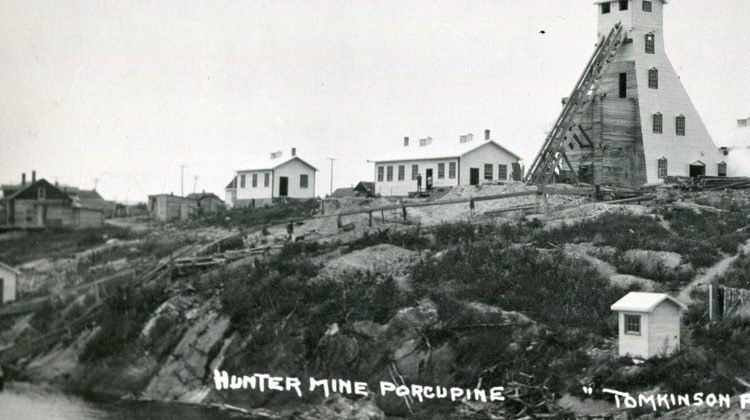 The hunter mine, next to Porcupine Lake, established in 1907. (Timmins Museum: National Exhibition Centre)

The current high price of gold and all the exploration that’s going on around us has Timmins Museum director-curator Karen Bachmann thinking of all the mines that have come and gone in the Porcupine Camp.

Last week in our look back at history, she talked about the big ones – McIntyre, Hollinger and Dome.

This week, she recalls some others, such as the Buffalo, where Buffalo Ankerite is. 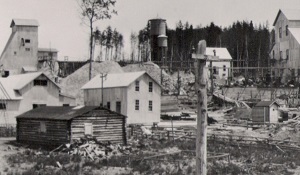 The McEnany Mine in 1913. (Timmins Museum: National Exhibition Centre)

“That mine produced for a number of years,” she says. “Small producer, but would have been in any other community viewed as a major, major mine. The Vipond. The McEnany.”

McEnany was a partner with Benny Hollinger and Alex Gillies. Because of a broken leg, he couldn’t be with them when they discovered the Hollinger. So they gave him a claim that turned out to be the richest of the lot.

Bachmann says one of the earliest was the Hunter Mine, established in 1907.

“That was right on Porcupine Lake. Very, very rich mine. Even I’d say about 20 years ago, they were still looking at that mine in terms of ideas of reopening and could they possibly do that kind of thing.”

Bachmann estimates that since the camp was first begun, 130 or 140 producing mines have come, gone, or been absorbed by bigger companies.