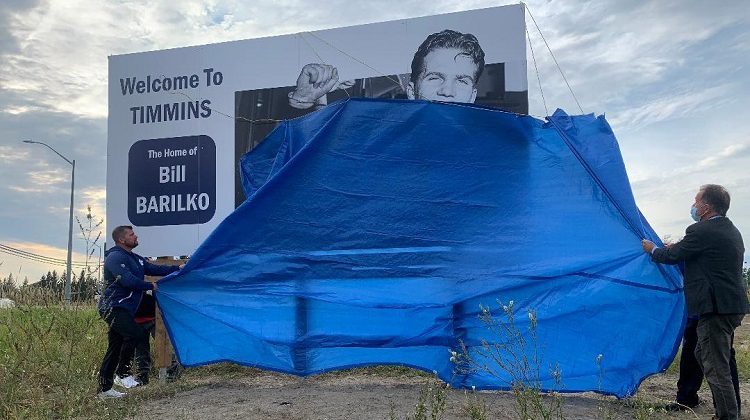 Following a few short speeches at Bannerman Park Wednesday night, the festivities moved over to the side of Hwy. 101 across from Bristol Rd. to unveil the billboard claiming the 1951 Stanley Cup winning goal scorer for the Toronto Maple Leafs — defenceman Bill Barilko — as a native of Timmins. 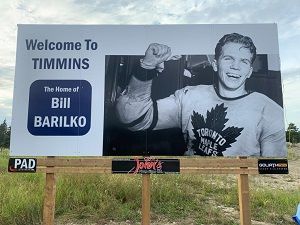