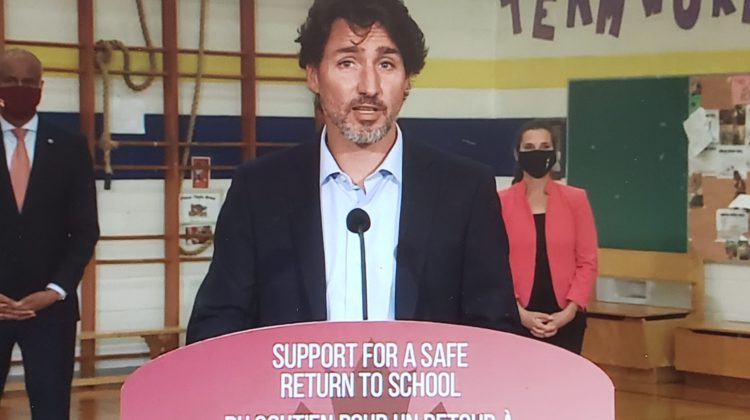 “Our Children must be safe in the classroom.”

That from Prime Minister Justin Trudeau who announced his government is providing up to $2-billion for provinces and territories as part of a new “Safe Return to Class Fund.”

Trudeau announced the funding Wednesday morning. He says it’s on top of the $19 billion Ottawa already promised to provinces and territories to help them cope with the continuing impact of the COVID-19 pandemic.

Trudeau adds $112-million is also on the way to First Nations “to ensure a safe return to school on reserves.”

He says his government “respect that education is a provincial jurisdiction” and they have made the funding flexible, so “provinces and ultimately schools can use it for what they need most.”