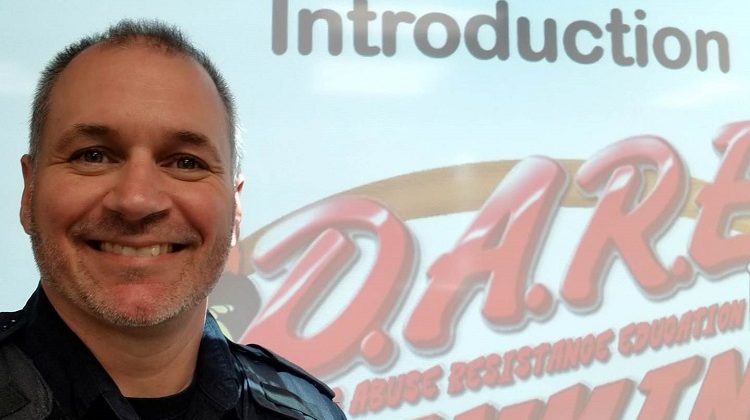 Rick Lemieux, when he was a Timmins Police Service DARE instructor. (Rick Lemieux/Facebook)

The man known as “Constable Rick” to hundreds of Timmins elementary school students has handed in his badge.

Rick Lemieux has left the Timmins Police Service after 19 years of – among other things – teaching the DARE program..

“Well, an opportunity came up at Northern College,” he says.  “I’ve been teaching there part time for several years and just kind of made the decision to apply for it. I love teaching more than anything else.  I applied and got it.”

Lemieux will be a full time professor in the college’s police foundations program, and becomes coordinator in January.

“I get a little bit more time off during the summer so I’m going to keep doing that kind of stuff,” he explains. “I’m actually going to get into comedy again. I’m actually doing a ten-minute set on Saturday at the Moneta for the Second Saturday Comedy Night.” 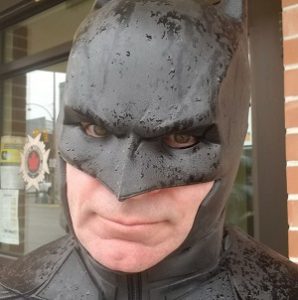 Batman promises is good friend Rick Lemieux to be in Timmins when we need him.
(Rick Lemieux/Facebook)

Lemieux is also known for bringing superheroes to town for public events.  He says he’s been in touch with Batman, who promises to continue that work.