1,000 origami cranes in memory of the bombing of Hiroshima and Nagasaki 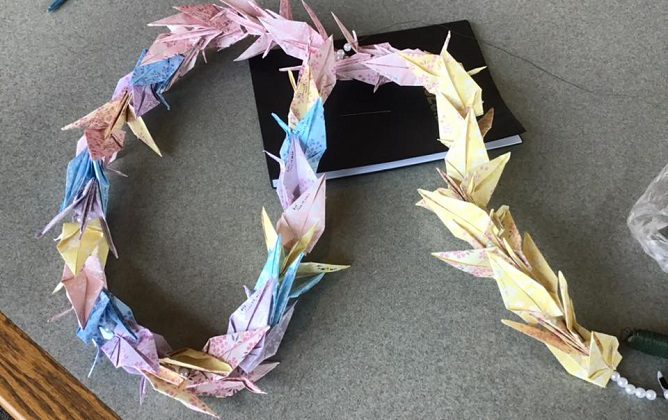 A small sample of the 1,000 paper cranes. (Karina Douglas-Takayesu)

Once the Timmins Public Library opens again – maybe in the next couple of weeks – you’ll be able to see its tribute to this week’s 75th anniversary of the Hiroshima and Nagasaki bombings.

Reference librarian Karina Douglas-Takayesu has made 1,000 origami cranes.  They’ve been strung together in the Japanese tradition that says you get a wish, usually for good health.

This goes back to the story of Sadako Sasaki, who was two when the attacks happened.

At age eleven, while being treated for leukemia likely caused by radiation, Takayesu says Sadako made a thousand cranes, hoping to return to school and athletics.

“Sadly, she succumbed to the leukemia in 1955,” she relates. “And her legacy, the story about the 1,000 paper cranes continues on and at the Hiroshima Memorial Park, there’s a statue of her holding a crane.” 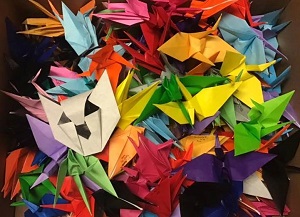 A new book about Sadako Sasaki was published this spring, and is available at the library.