Feds, province kick in for transit accessibility improvements in Timmins

The federal and provincial governments are kicking in the majority of the money for $960-thousand worth of upgrades to Timmins Transit.

It will buy one new conventional bus and two Handy Transit buses, as well as renovate the transit terminal to install accessible washrooms.

“These upgrades will help build a more accessible transit system, encourage ridership and build a greener community,” he told the online news conference. 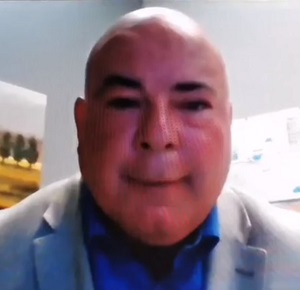 The new buses will each replace aging ones in the existing fleet. When they’ll arrive has not been determined.

Timmins Transit manager Fred Gerrior can’t say yet when the terminal renovations will be complete.

“We’re going to hire a firm to review the infrastructure at the terminal here,” Gerrior said, “and get some options that are available for accessible washrooms and just the outlay, and obviously there’ll be full public engagement in that process so that we can get some great ideas from the community as well.”