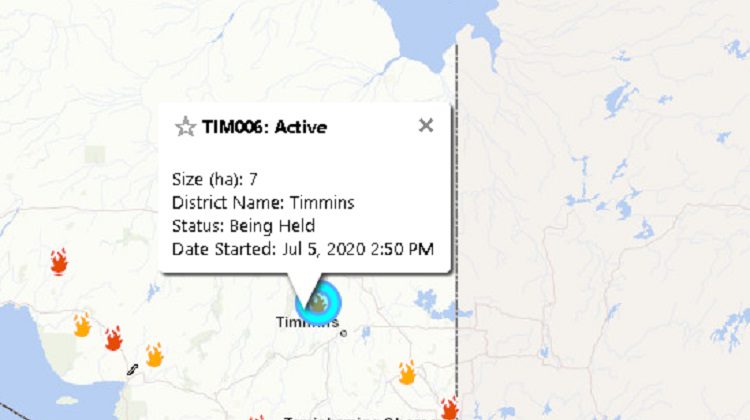 The efforts of 16 firefighters on the forest fire that started Sunday north of Kamiskotia Lake are paying off.

Officially called “Timmins 6”, the MNRF now classifies the fire as being held.  Neither has it grown from seven hectares.

Isabelle Chenard says the hazard rating in the Timmins area is low to moderate… but varies greatly across Northeastern Ontario, because rain the past couple days has been so localized.

“We are expecting to see more lightning over the coming days, so we are keeping an eye out for any new starts as a result of the lightning in the area.”

The exact cause of Timmins 6 has not yet been pinpointed.

Timmins history: More big mining discoveries and the men behind them