Message to boaters along the flooded Mattagami River: Slow down! 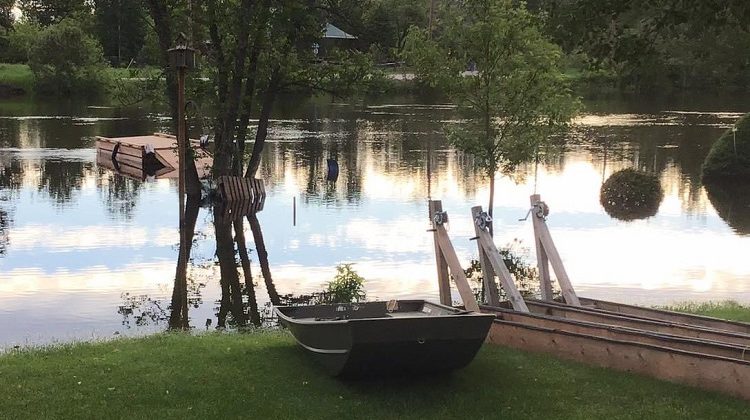 Trees that are half underwater illustrate how high the Mattagami River is right now. Wayne White and his neighbours say speeding boaters are doing more damage to their properties. (Photo submitted)

Wayne White says he and his neighbours on Dalton Road haven’t seen the Mattagami River as high as it is right now since the big flood in 1996.

And boaters racing along the river, taking pictures, are threatening the homeowners’ properties.

White says the wake is up to a foot high, threatening his and his neighbours’ berms and sand bags, and flooding some basements.

He’s asking boaters to stay off the river until the water subsides, or if you have to be on it, drive your boat slowly.

The OPP marine unit will be patrolling the Mattagami this weekend.