When the Hollinger houses got indoor bathrooms and peaked roofs 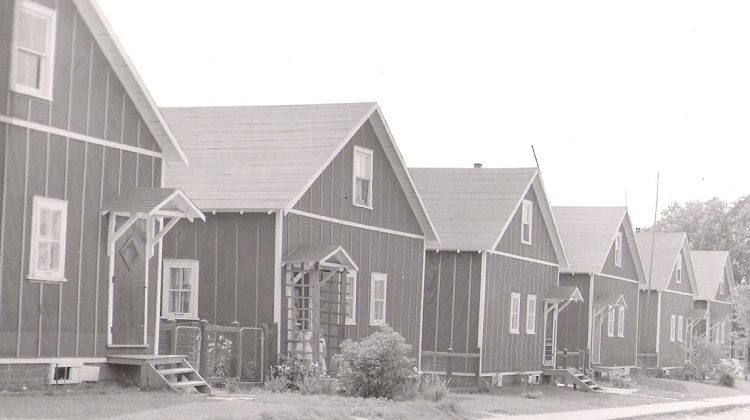 When Noah Timmins founded the Hollinger gold mine, he needed housing for his workers.  So in 1919, he built 150 four-room, tar paper houses on the avenues west of Mountjoy Street North… then another 100  in 1922… and another 100 on Spruce, Balsam, Maple and Elm Streets.

Museum director-curator Karen Bachmann tells us that backyard privies were replaced by indoor bathrooms in the 1920s.

“By 1936, these little homes are flat-topped roofs and again families are big, so we create the little peaked areas on them, creating some more space upstairs,” she says. 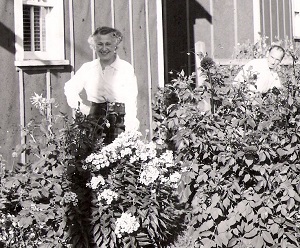 Many of the Hollinger mine employees living in the houses were avid gardeners.
(Timmins Museum: National Exhibition Centre)

Bachmann adds that when the mine closed in the late 1960s, employees living in the houses were given the opportunity to buy them.

“There was some money available to renovate them, so they were more than glad to do that,” she recounts. “And the Hollinger houses have been a part of our community ever since.”

Crime of the week: Looking for thieves who left their stuff at the scene of the crime