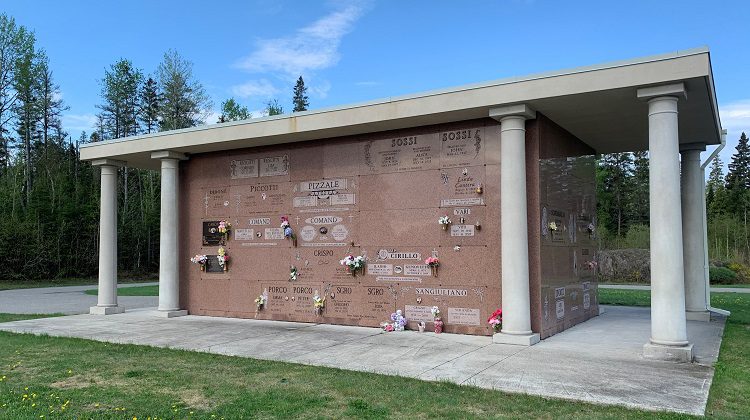 The 100-crypt mausoleum at Timmins Memorial Cemetery. Council has approved another one the same size. (Bob McIntyre, MyTimminsNow.com staff)

There are no crypts available in the mausoleum at Timmins Memorial Cemetery, so the city’s building a new one.

City clerk Steph Palmateer says only one bid was received for a 50-crypt mausoleum – half the size of the current one.  It was a few dollars under four-hundred-thousand.  But the bidder – the same company that built the first one in 2002 – said one the same size could be built for 640-thousand.

Based on interest and a waiting list of people willing to pay even before the new one’s built, councillors gave the go-ahead.