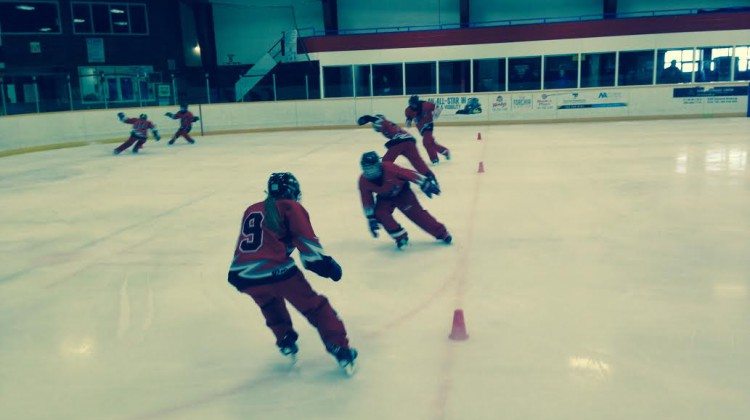 A ringette team from Timmins will be representing Ontario in the upcoming Eastern Canada Regionals.

The under 16 team won the provincial junior A championship title after a tournament in Newmarket at the end of March. Head coach Rick Dagenais attributes a lot of the success to the team’s work ethic.

He says the girls travel long distances to play teams that have the advantage of being close to home.

Dagenais also says it’s fun to see the girls develop from the start of the year. He says he knew they had potential, but it all starts to come together when everyone does their own little thing to contribute to the team’s overall success.

He also says the girls are fast, and have solid endurance, another contributing factor.

“The game is played on the ice, and they have to play it,” says Dagenais. “They have to score goals, or play defense, or win the battles along the boards.”

The Timmins Tornado team travels as far as eight hours for matches, and is now going to Moncton for the regionals, which kicks off on April 16th.

The team is still doing last minute fundraising for their travel costs.  Click on Timmins Ringette for more information.

Photo: The girls at a recent practice, getting ready for the Eastern Canada Regionals.