Wine fairies on the loose right across Cochrane District 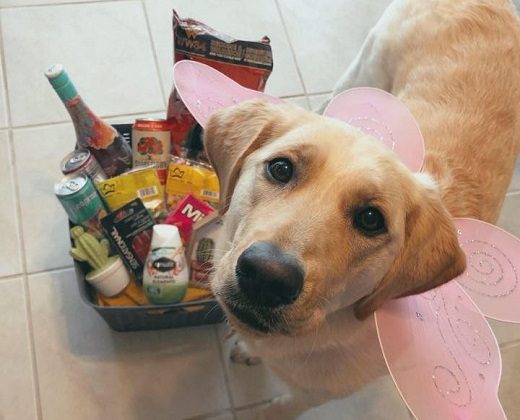 Nova the wine fairy dog is ready to help her human deliver another basket to an unsuspecting woman. (Photo supplied by Karli Trendell)

The wine fairies phenomenon you have seen in various media has landed in the Cochrane District in a huge way.

Founder Karli Trendell says she started it with a few friends and it quickly snowballed to more than 35-hundred members from Kamiskotia to Connaught, Iroquois Falls, Cochrane and Kapuskasing.

Because of privacy concerns, it’s for women only who are invited and their names and addresses are protected.

Then another member anonymously drops a basket of wine and other goodies on your doorstep, rings the bell and runs.  Trendell says a few have been caught.

“We’ve had quite a few stories posted, being caught by the kids or the dogs or tripping over the recycling bin as they run away,” she recounts, “and everyone’s just having a lot of fun with the delivery process.”

The basket can contain wine or another beverage, and anything else you can think of.

“People have been so generous and their baskets are awesome,” Trendell enthuses, “but the idea I guess about it is just to let someone know that they’re being thought about.”