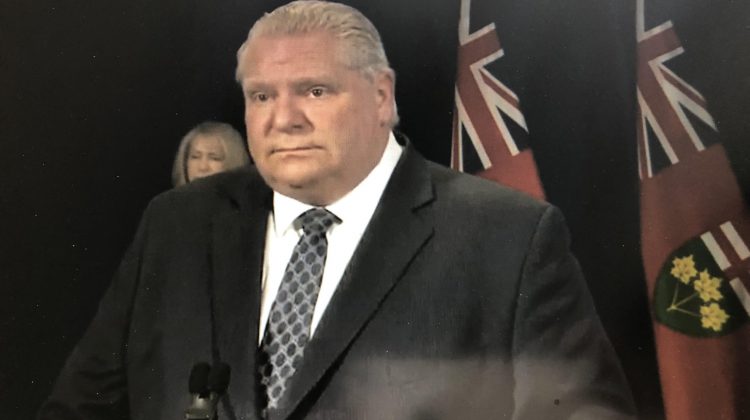 Ontario is leading the country in COVID-19 testing.  Premier Doug Ford says the province has beat its target of completing 16,000 tests a day by May 6th by a week.  He said by May 1st the province was testing 17,000 people and is leading the country in daily testing per capita.  Ford says they remain laser-focused on testing the most vulnerable in long-term care homes and in shelters and other congregate settings, “We’ve been working around the clock to establish a vast and robust testing regime, which is critical in our fight against this deadly virus.  We’re now exceeding our target of 16,000 tests a day, with many of those tests aimed at protecting our long-term care residents and staff. This important milestone provides a strong foundation for gradually reopening our economy and getting people back to work while protecting the health and safety of all Ontarians.”

He said the province is getting close to opening parks and opening retail stores for curbside pick-up and says they will have good news for other businesses later this week.  he told retail stores to start prepping to open, “It is inevitable whether it is two weeks, or three weeks, or four weeks, start getting masks and getting prepared.”

Deputy Premier Christine Elliott says the province will also provide information later this week about when hospitals will start to perform cardiac and cancer surgeries that were cancelled in March in order to provide capacity for COVID-19 patients.