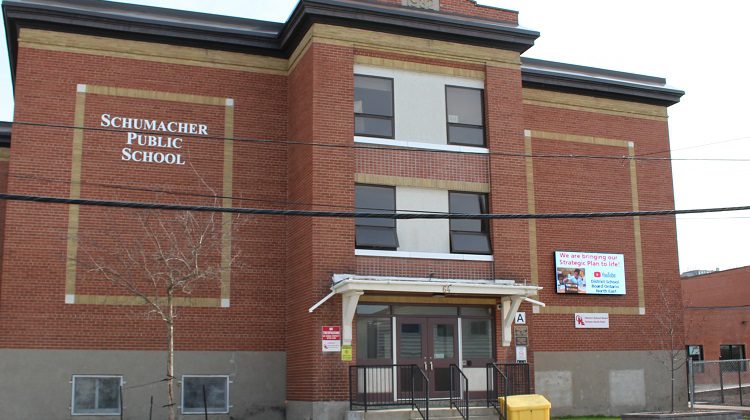 Schumacher Public School did not open for the first time as planned in September, 1918. Instead, it was pressed into service as a hospital to treat victims of the global Spanish influenza epidemic. (Bob McIntyre, MyTimminsNow.com staff)

It is just over a hundred years since Spanish influenza became a worldwide epidemic… and the fledgling community of Timmins was not spared.

As museum director-curator Karen Bachmann (BAWK-mun) tells us, taking care of the large number of patients was a challenge.

“Schumacher Public School had just been built.  It was not opened in September because it was commandeered as a hospital.  That was full.  They used the school at the Dome Mine as well.  That was also full,” she narrates.

“So at the time there were three doctors and those poor men ran around between doing house calls, taking care of the people in the hospitals and just basically trying to keep everything together.  That was Dr. Moore, Dr. McInnis and Dr. Minthorn.  They commandeered a lot of nurses as well.  There were some nurses who had come back from the front, so they helped minister.”

By the time the epidemic subsided, 120 people in the mining camp had died.