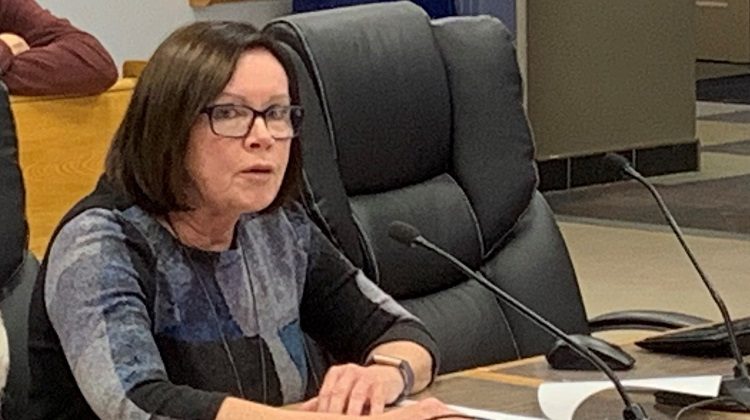 It’s only a first step, so don’t expect construction on a new Golden Manor to start anytime soon.

Timmins Council has, however, endorsed an application to the provincial long term care  ministry for a new, larger home for the aged.  It will be built on city-owned land just northwest of the existing Manor.

Administrator Carol Halt spoke to council about it this week.

“Our project according to ministry terminology will be a hybrid project and that would be to redevelop our 176 existing beds as well as to develop an additional 16 beds,” she mentioned.

Halt says that number was arrived at because the ministry funds 32-bed units.  So that is six units of 32 beds each.

Councillor Joe Campbell welcomes the prospect of a new Manor.

“The end result will be a home for our residents in Timmins that will be far superior to what we currently offer,” he says, “in respect to logistics and having a share a washroom and wards with four people and so on like this.  So it’s a great step forward.”

It will be several years before the new Manor opens.