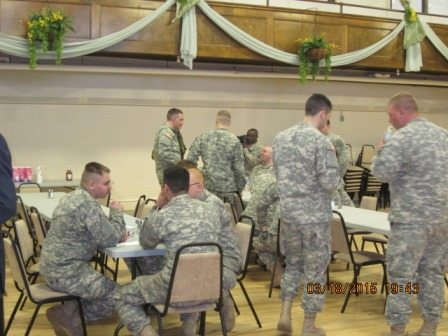 A major Canadian and U.S. Army exercise is scheduled to pass through the Timmins area sometime between today and March 21st.

Photo: The soldiers stopped in Kapuskasing over night on their way out west.