Stay off the ice on foot, your snowmobile or ATV 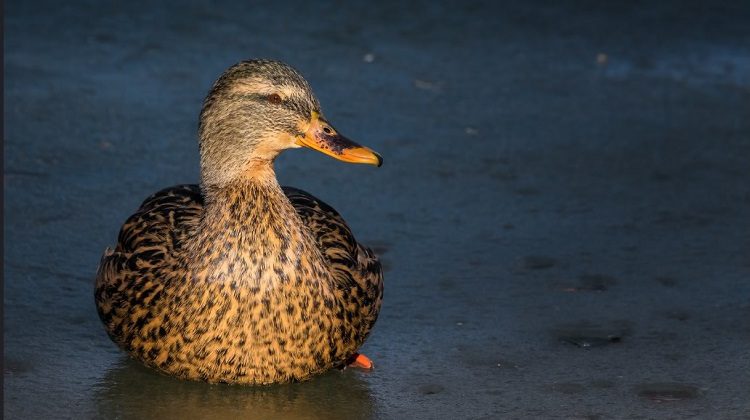 The ice this early in winter might hold a duck, but won't hold you or your snowmobile or ATV. (flickr.com)

Yes, it’s cold and yes, it’s been snowy.  However, Timmins Police communications coordinator Marc Depatie says whatever ice has formed on waterways is not yet safe for snowmobiles or ATVs.

“We’re expecting mild weather for the weekend,” he notes, “so this will further delay snowmobile season and we’re strongly recommending that those persons who engage in snowmobiling or ATV riding to be mindful of the fact that ice floes are dangerously thin.”

The same goes for walking on thin ice.

“We did have one incident that we’re aware of out in the Nighthawk area hat was responded to by other emergency services personnel in relation to that very type of behaviour,” Depatie reports.  “So we need people to be smart and look after themselves as best they can.”