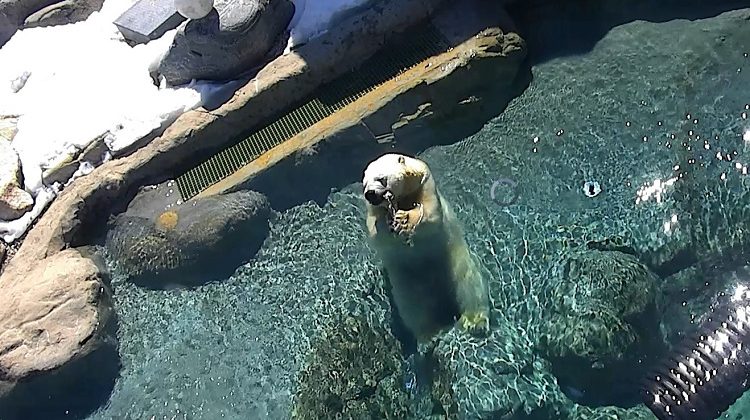 The days of having actual, live polar bears living in Cochrane are probably numbered.

A sombre mayor Denis Clement says it’s a tough decision that has to be made with the head, not the heart.

The 15-year-old habitat – the biggest tourist attraction in the District of Cochrane – isn’t a big enough attraction.

“It’s running (an) approximately $400,000 yearly deficit,” he notes, “which would represent five percent of the tax bill.”

The mayor says economic times were different when it was built, and tourism was on the upswing.

A public meeting is set for November 18th  Clement hopes someone will have a funding option that town officials haven’t thought of.

“But failing that,” he concludes, “the sad reality is it’s just (we) cannot afford to continue with those types of deficits.”

That would also lead to finalizing the closure decision in December

Five animals currently live at the facility for polar bears that are orphaned in the wild, including two temporary residents from the Quebec Aquarium.

Councillor gets his stop signs

It’s a girl for Coun. Boileau