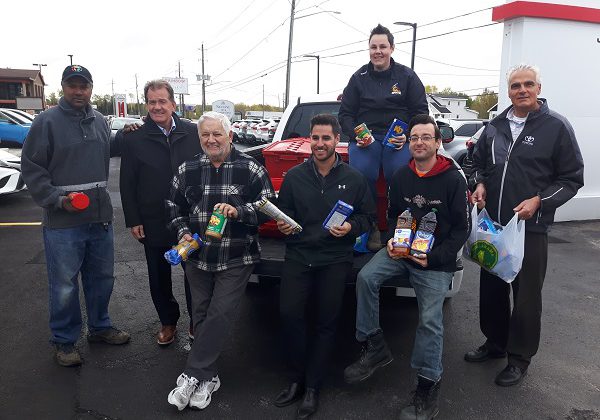 There were fewer rainouts for the Summer Concert Series in Timmins this year,  and that’s only one positive feature of the weekly outdoor music event, split between Schumacher Lions Park and Porcupine’s Bannerman Park.

Val Venneri, general manager of major sponsor James Toyota told a news conference that besides providing a place for local entertainers to perform and promote the city, the needy also benefit.

“Well, we’ve got a cheque for $250 for each food bank and we’ve got well over a ton of food that’s going to be split between the South Porcupine and Timmins food banks,” he proudly stated.

The cash and food were donated by audience members at the concerts.

Looking ahead to next year, Lacey Rigg of Tourism Timmins says organizers are taking the approach that “if it ain’t broke, don’t fix it”.

“Obviously, different performers.  We definitely like to keep that fresh,” she told reporters.  “We’re going on Year 11, so we’re looking forward to it.”

If Hollinger Park is ready, Wednesday concerts will move back there from Schumacher Lions Park.  Bannerman Park in Porcupine will continue to be the second venue.