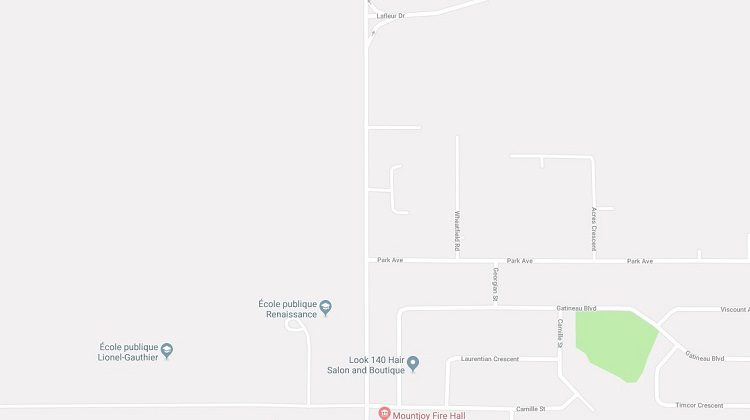 Shirley Street North between Lafleur Drive and Ecole Renaissance was closed while the standoff in the public housing unit was in progress. Neighbours were allowed to go to work and school. (Google Maps)

After more than a full day, a standoff between a man inside a public housing townhouse on Shirley Street and Timmins police came to a peaceful conclusion at suppertime Monday night.

Communications coordinator Marc Depatie says the man was alone in the house. The Timmins Police Emergency Response Team – or ERT —  had contained the immediate area.

“Working in collaboration with the Ontario Provincial Police and their regional ERT team and their Tactics and Rescue Unit from Orillia,” he states, “ an arrest was completed where a male subject was taken into custody.” 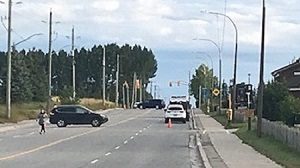 The police roadblock that was in place for about 26 hours on Shirley St.
(Scott Armstrong, MyTimminsNow.com staff)

Depatie says there is a strong indication that the arrested man was involved in an attempted murder shooting earlier Sunday on Way Avenue.  Investigators are optimistic that they can establish that link by using evidence from the scene where the arrest was made, and from the shooting scene.

“The subject that was taken into custody was identified as a person of interest,” says Depatie.  “The investigation will hopefully determine those factors that indicate that he was in fact involved in the event that took place on Sunday.”

The suspect is expected to have a bail hearing sometime Tuesday.