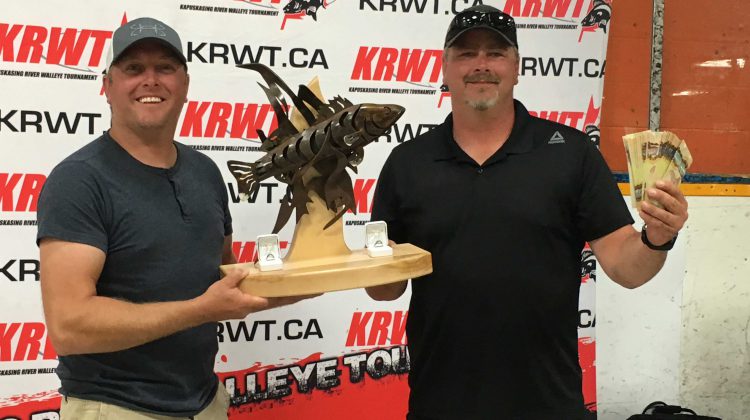 Changing weather conditions didn’t bother the 110 anglers that took part in the Kapuskasing River Walleye Tournament over the weekend. Two teams from Timmins swept the top positions and claimed the big prize money. First time winners Matt Browne and Marc Poirier claimed first place, while Chantal Cauchon Ken Perreault were second. Browne said the weather was a huge factor throughout the weekend and they did their best to battle the rain and hide away from it. The duo of Patrick Martel and Mathieu Isabelle from Kapuskasing who started with the lead on Day 2 finished in fourth place. Next August the Northern Ontario Walleye Trail Championship will be held in conjunction with the Kapuskasing River Walleye Tournament. NOWT Executive Member Dean Bliss says it’s great for Kapuskasing to host the championship next year because they were one of the original stops on the trail 19 years ago.