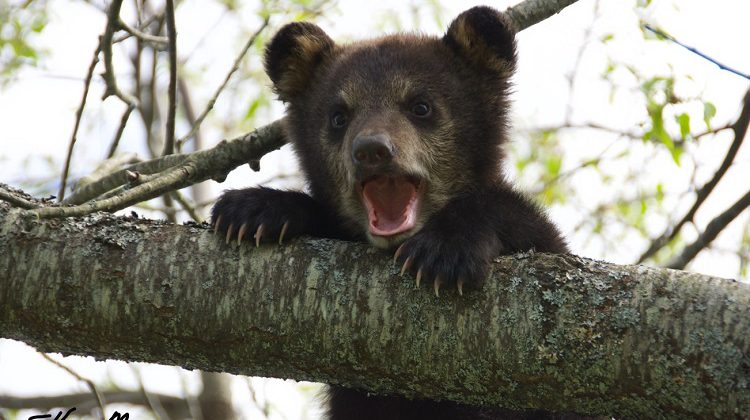 Dwight is thriving in his sanctuary, and has been adopted as a brother by four sibling bears his same age. (Supplied by Timmins Police Service)

A little bear cub who got a bit of a rough start at life in Timmins is thriving at a sanctuary near Huntsville.

Timmins Police say Dwight loves to wrestle and climb trees.  He’s been adopted as a brother by four bear siblings who were also born this spring.

Dwight was found crying in a carport on Dwyer Street in Schumacher on May 1st. That’s where his name comes from, but police say they’re planning a “name that bear” contest to find one more suited to his roots.

In about a year, he’ll come back north to spend the rest of his life in the woods around Timmins.