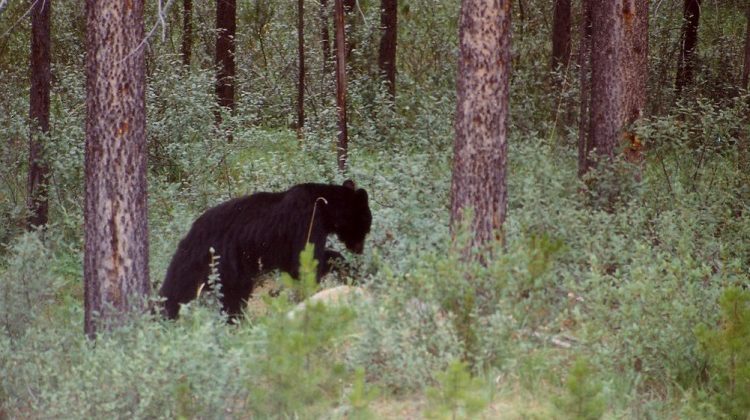 A bear that had been hit by a vehicle on Laforest Road this morning was humanely dispatched by Timmins Police.

Communications coordinator Marc Depatie says the decision was partly made by taking public safety into account.

“Timmins Police Service was made aware that the bear had been struck earlier in the day by a vehicle,” he reports. “The prospect of the animal recovering from the severity of its injuries was deemed to be an unlikely prospect.”

Depatie says the most likely times that you might encounter any large animal on the road are at dawn or dusk, when visibility isn’t very good.

“Animal behaviour is unpredictable, so motorists who encounter these animals at the roadside should slow to a controlled stop, deploy their hazard lights to advise approaching traffic of the hazard and to allow the animal to reach the tree line safely.  Frightening the animal with the use of your horn is absolutely not recommended.”