Highway 101 reconstruction gets the final go-ahead

Winter is probably over in Timmins, so bring on road construction season.

The big project this year will be reconstruction of Highway 101 from Goldale Road to the bottom of Rae Hill.

Last night, city council approved the contracts for the project.  Director of public works and engineering Pat Seguin says the work should start sometime next month,  and wrap up at the end of August.

He reiterated to My Timmins Now Dot Com what he told Councillor Noella Rinaldo, that traffic will not be detoured via Gold Mine Road.

“We’re going to restrict the traffic down to two lanes,” he said, “so there won’t be any need for a detour.”

Seguin admits, however, that there will be some traffic bottlenecks and delays in the construction zone. 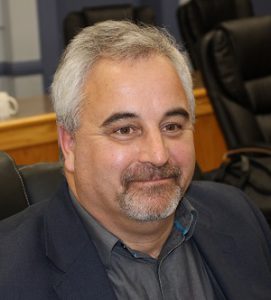 However, next year, Seguin says, it will be a different storyduring reconstruction between Thériault Boulevard and the Mattagami bridge.

“There’ll likely be some closures there because now we’re actually repairing all the infrastructure in those areas.”

That means all the services buried under the roadway.