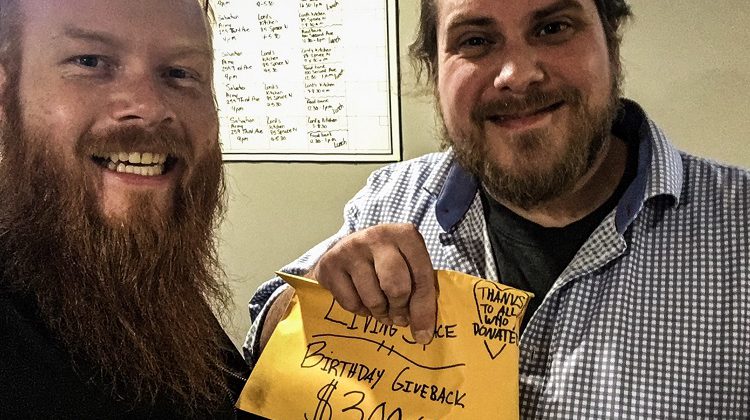 To some people, $300 isn’t much.  But the people who work with the homeless at the Living Space shelter can do a lot with it.

Last week, Tom Schenck from Moose Mornings with Tom spent two-and-a-half hours every day for four days, outside our station… accepting donations to Living Space.  It was part of his birthday donation campaign, with his birthday being on the same day the shelter reinstated 24-hour service.

He raised three-hundred dollars – mostly cash, but a few hygiene products, too.  Living Space executive director Jason Sereda was pleased to accept it. 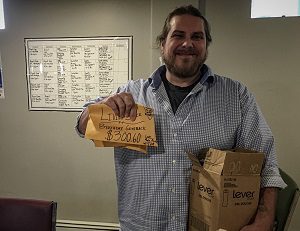 “A lot of our meal programs are run just on donations of money, but also of food from the community.  So this money will be going directly to the drop-in program to make sure that we can provide nutritious food on a daily basis for people.

“Imagine going hungry for a day and then having to find a place to sleep at night with an empty stomach. It’s a lot easier if you have something nutritious before you go to bed.  So you’re definitely making an impact right away on people’s lives.”