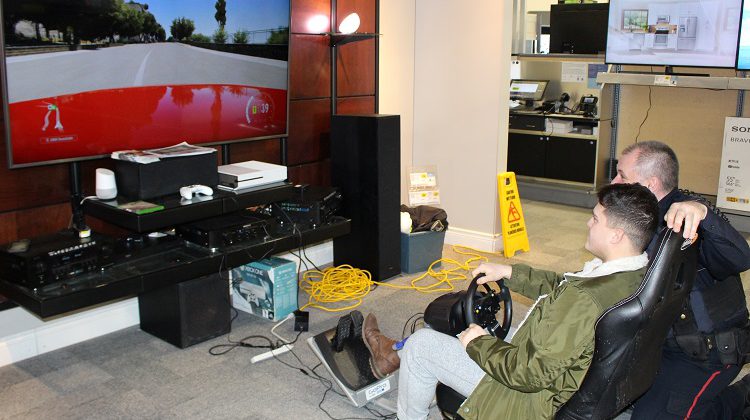 Young people who went to Best Buy on Monday were given the opportunity to experience the dangers of texting and driving, without the harsh consequences.

Timmins Police DARE officer Constable Rick Lemieux set up his driving simulator, then challenged young people – like Jesse Pepin of Val Gagné – to text the message “texting and driving are dangerous” while they were behind the wheel. 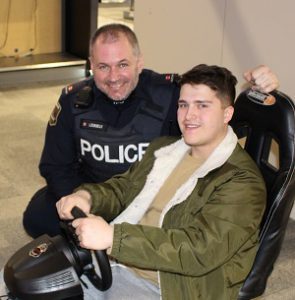 Pepin admits to having texted and talking on his cell phone while driving his own car.  But he says that because he’s going to be a first-time father next mont he has given it up for the sake of his daughter.

“I’m too conscious for other people’s lives now, right?” he says. “ Sometimes it puts it in perspective when you have someone you really care or something you really care about, you kind of just think – you put it down and you grow up, right?”