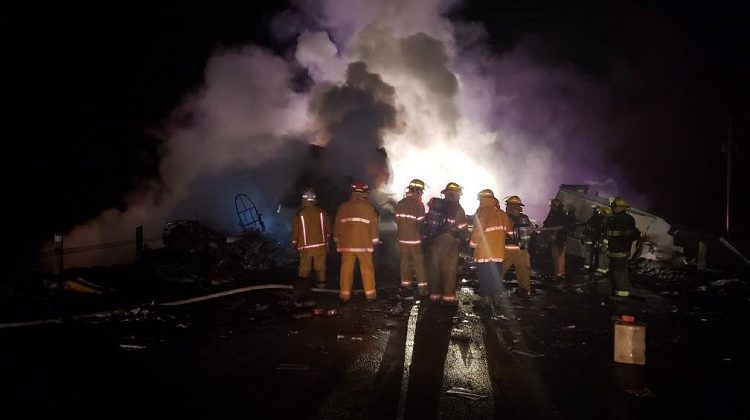 UPDATE, Fri,, Dec, 14, 6:00pm: OPP now say that as a result of the autopsy, the victim has been identified as Kevin Chenier, 30, of North Bay.  The investigation has closed and no charges will be laid.

A tractor-trailer and a cube van both burst into flames when they collided on Highway 11, shortly before 5:00pm.  The highway was closed and detours were in place until just after 4:00am. 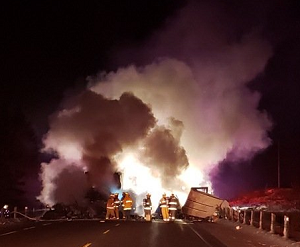 “The crash is under investigation.  We’ve got our specialists on it and once further information becomes available, we will release that to the public.”