Timmins Woman is going to Save the Dolphins 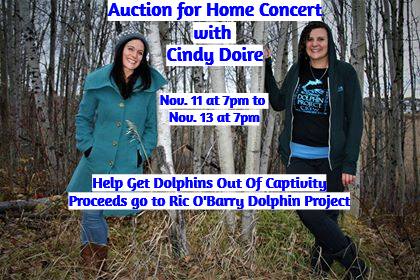 A Timmins woman is going overseas to save the dolphin.

Kelsey MacDonnell is participating in the Ric O’Barry Dolphin Project which goes to different countries, like Japan and Indonesia, to expose the message that the dolphins in special shows get captured in order to perform. The Ric O’Barry Dolphin Project was created by Ric O’Barry who was the first person to capture a dolphin and put it into captivity for the Flipper Show in the 1970’s. MacDonnell says once that first dolphin died, he has spent the past 40 years trying to tear the industry down. She says the project also helps reintegrate captured dolphins into sanctuaries.

MacDonnell says she started scuba diving in 2009, and that’s about the time when she learned about the project. “I ended up doing some reach out programs and learning how to survey the ocean. I just fell in love with the water and ultimately fell in love with dolphins. This project just ripped at my heartstrings, so I need to be involved with it.”

She says this is a very important initiative because these dolphins are living and don’t deserve to live in captivity. “Dolphins are very sensitive creatures. They grow up in their pods and their pods can be up to a couple hundred dolphins. They have their mothers and babies all together, so when they get ripped away from their pods a lot of them die from the stress of the separation alone.”

MacDonnell adds she is fundraising for the project as well. She is hosting a fundraiser to help cover some of the costs. She is auctioning off a private concert with Timmins’ singer Cindy Doire. This will be an online auction that will open up at 7:00pm on Sunday and run until 7:00pm on Tuesday. The bidding will start at $300 and go up in $20 increments.

“It’s a perfect just before Christmas get the girls together and have a little Christmas party at your house and invite Cindy who would be a perfect addition to a girls night to play some of her music for you.”

MacDonnell adds that there will be more fundraisers coming up and when she gets back from wherever she gets stations, she will be able to talk openly about it.