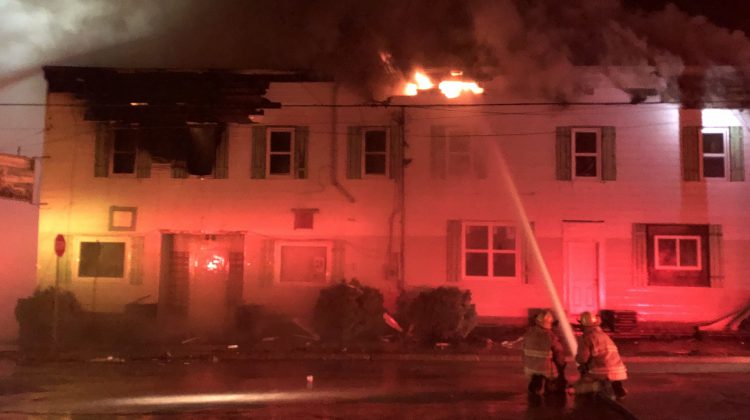 Investigations are now underway at the scene of yesterday’s fire.

The Timmins Fire Department says it received a call that the Good Samaritan Inn was on fire at about 3:40 in the morning.

Deputy Fire Chief Ellard Beaven says it took about 35 to 40 firefighters almost 10 hours to put out the blaze. At the scene of the blaze crews said the fire started on the second floor of the building. They added that the roof had caved in, making the fire difficult to fight.

Deputy Chief Beaven says there were about 14 people in the Good Samaritan Inn at the time of the fire. He says two people were rescued from the building and taken to the hospital.

Beaven says the Ontario Fire Marshall arrived this morning and is starting its investigation alongside the Timmins Police Service. He adds that more information on the cause of the fire and condition of the building will be released when it becomes available.