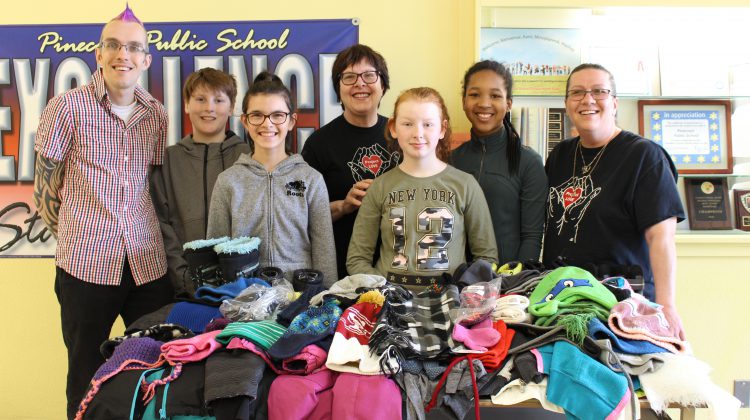 Two local charities will be given a boost thanks to Pinecrest students.

The school take part in a month long “Take Action Against Poverty Initiative” which had students learn about those less fortunate in the community. Grade five and six teacher Michael Sloan says students spent the last month learning about what poverty is, looks like and how to help. Sloan says it’s an important lesson, even for elementary students.

Students collected 147 winter clothing items and grocery cards over the month to donate to Project Love and the Yo Mobile. Two of Sloan’s grade six students say this initiative really opened their eyes to what is going on within the Timmins community.

Project Love says it is extreme grateful for the donations. Organizers say about 80 per cent of their donations come from children, which is great to see the youth taking a step to help. The organization says it will be using its half of the grocery cards for weekly meals and will be handing out the clothing donations to people who need them.

The Yo Mobile was not able to pick up its half of the donation, but will be in the near future.