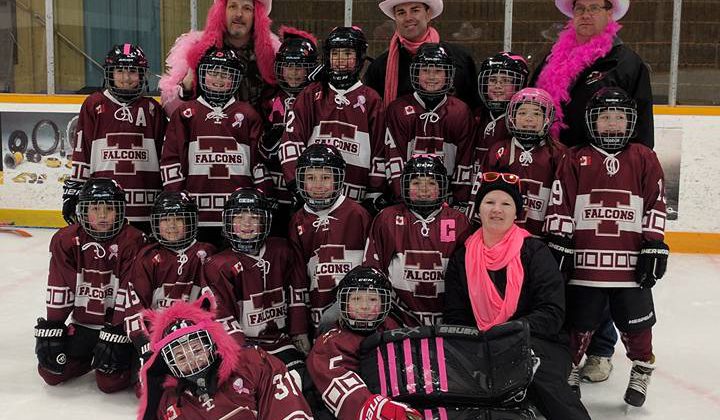 Congratulations to the Timmins Propipe Atom Falcons. The little ladies earned the right to represent the region at Provincials by winning on the road, beating New Liskeard on Wednesday evening 3-2. Lexie Charest opened the scoring for the Falcons. Makayla Rivers scored two. The tying goal with 2:44 left in the game and then 11 seconds later, the game winner. The Atom Falcons now travel to Provincials with their big sisters, the Kiwanis Midget Falcons. The Atom Falcons have been very busy over the last week, including a charity game to help a local Mom fighting Cancer. You can see in the picture from that game, the players and coaches dressed in as much pink as they could to show their support. Provincials take place the second weekend in April in the Toronto area.