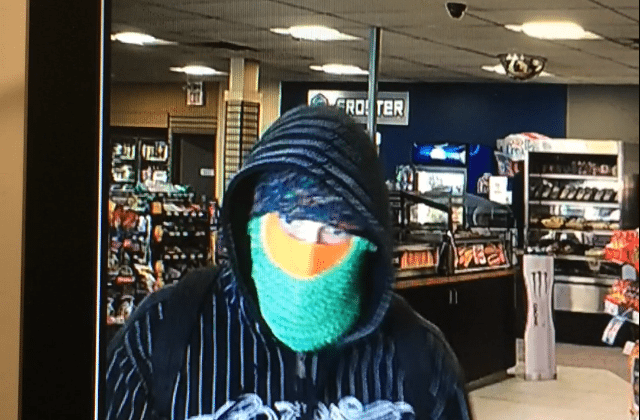 Supplied by the Timmins Police Service

A man is facing eight charges after two daytime robberies.

A 32-year-old Timmins man has been arrested for robbing two convenience stores Monday afternoon. Police Spokesperson Marc Depatie says thanks to your tips, police were able to arrest him yesterday.

Depatie says from a police perspective, this is an unsophisticated type of crime.

Depatie says the man is in police custody awaiting a bail hearing.