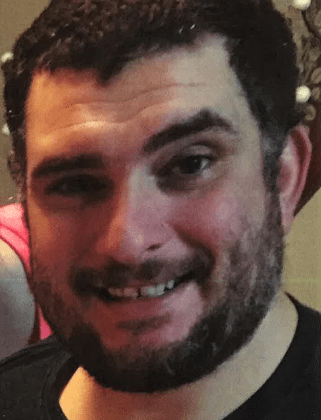 The Timmins Police Service is searching for a missing man in Timmins. 33-year-old Elliot Proulx was last seen in the north end of the city the morning of January 23rd. He is described as a stocky, Caucasian, 6 foot 2, weighing 250 lbs, with brown curly hair, moustache, and a clean trimmed beard.

He has hazel eyes, a light complexion and tattoos: one of his upper right arm of unknown description and another on his right forearm of a human skull with ornate designs around it. Proulx typically slouches when he walks and has noticeable gaps in his front teeth.

He was last seen wearing a brown plaid jacket with a white hood, jeans and work boots. He has access to a black 4 door, GMC Acadia SUV.

Anyone with information on Proulx’s whereabouts is asked to call police or Crime Stoppers.