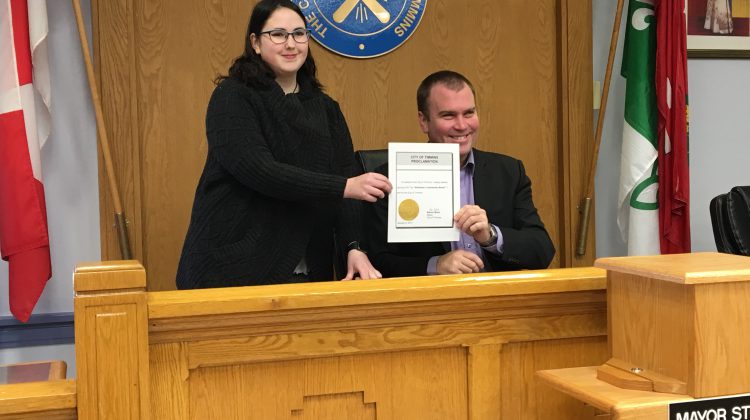 Photo Credit: Mackenzie Read
The City of Timmins and the Alzheimer’s Society have teamed up and named January Alzheimer’s Awareness month. Fundraising and Awareness Coordinator Karlie Lyttle says this disease affects senior citizens which is a large population in our community. Lyttle says the society will be out in the community talking about the disease and letting people know where to find information and help. She says the goal is to end the stigma around alzheimer’s and dementia. Mayor Steve Black says anything we can do to help raise awareness is important for us to do as a community.