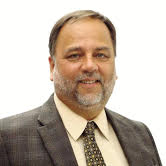 Timmins-James Bay MPP Gilles Bisson is learning that the Wynne Liberals didn’t consult with First Nations about creating a new riding.  The Liberals want to split two existing ridings to create a third seat that would represent only First Nation communities in the far north.  Bisson’s riding is one of those affected.  The New Democrat doesn’t mind breaking up his riding but says the Liberals should have first talked to First Nations about the idea.  Bisson says the lack of consultations with First Nations could become problematic down the road.  The other riding that would be split up to create the new seat is Kenora-Rainy River.