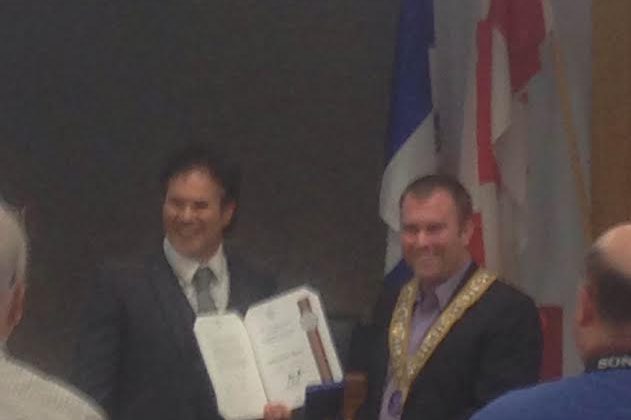 It’s been nearly 30 years since the senior crown attorney of Timmins moved to Timmins from Toronto.  And since 1988, David Thomas has been heavily involved with numerous non-profit groups in the community.  Now the Governor General is recognizing Thomas with the Sovereign’s Medal for Volunteers.  The medal recognizes exceptional volunteerism and Thomas qualifies.  Among the groups he’s been involved with are the former Timmins Children’s Aid Society, the Canadian Mental Health Association and vice chair of the local hospital.  Thomas has also been involved with the Native Friendship Centre and Timmins Family Counselling Centre.   Mayor Steve Black awarded the medal to Thomas on behalf of the Governor General.