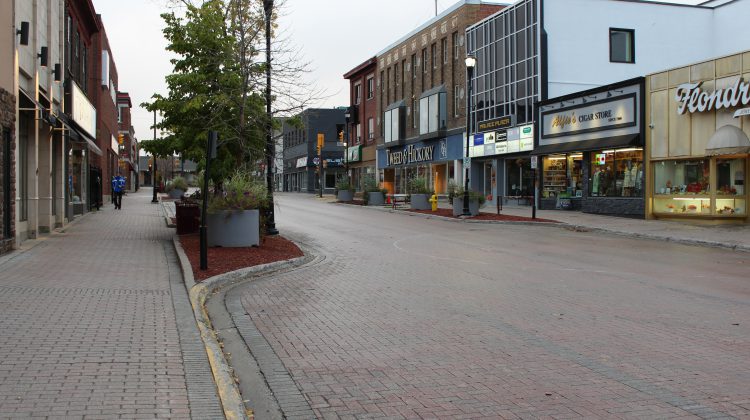 Photo: Third Avenue, including the greenery and boulevards which will be removed if the idea passes at council. Supplied by Taylor Ablett.

A pitch to turn Third Avenue into a one-way street is being met with mixed reviews by the city. The idea came up during last night’s council meeting. The request comes from the local parking committee, who says it will help to create more parking spaces in the downtown core. However, it means removing all of the greenery and boulevards.

Councillor Pat Bamford says this flies in the face of everything the BIA has worked toward. He calls its a short sighted suggestion, that goes backwards to focus on vehicle traffic as opposed to a pedestrian friendly downtown.

Councillor Rick Dubeau agrees parking needs to be looked at downtown, but says this is not the right way to go about it. Instead, he says they should be looking at possibly implementing a two-hour parking limit, so downtown workers don’t stay in the same spot all day, while regularly feeding the meter.

Councillor Mike Doody says it’s a good suggestion, and one-way streets are not all that uncommon in other cities. He says both Sudbury and Sault Ste. Marie have one-way streets, and is just something the parking committee wanted to look at.

The issue is on hold for now, until a vote at a later meeting. That will decide if the city wants to take a more in-depth look at the idea. Photo: A conceptual drawing showing what Third would look like between Spruce and Pine. Supplied by Noella Rinaldo.