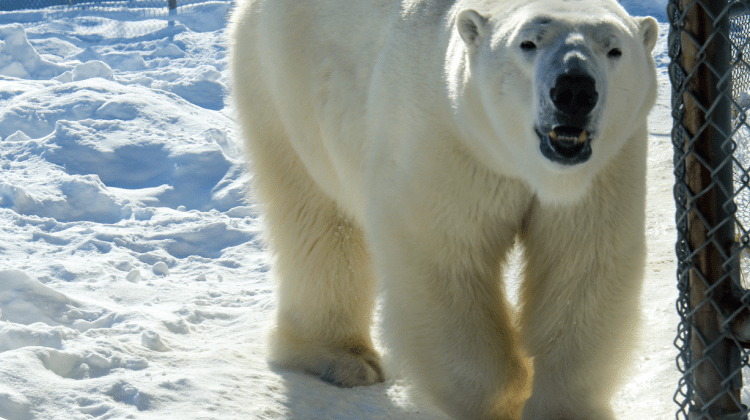 Attawapiskat had a surprise visitor recently, in the form of a polar bear cub. The cub had wandered into the remote First Nation community last weekend, and was released back into the wild unharmed. Community members and the Nishnawbe-Aski Police Service worked together to get the cub into a cage and send it back out into the wild. Although there is no confirmation, witnesses suspect the cub was reunited with its mother as they spotted a mother and its baby shortly afterwards.

The community elders elected not to contact the Cochrane Polar Bear Habitat once the cub was caught. Manager of the habitat, Karen Cummings, say they only found out about it after the fact. She says as far as they know, the community rallied together to do what they thought was best, which was to try and reunite the cub with its mother. She says they always respect the elders in these situations, and its up to the community to decide the best course of action. However, she does note the habitat would have been ready to help out had they been called.