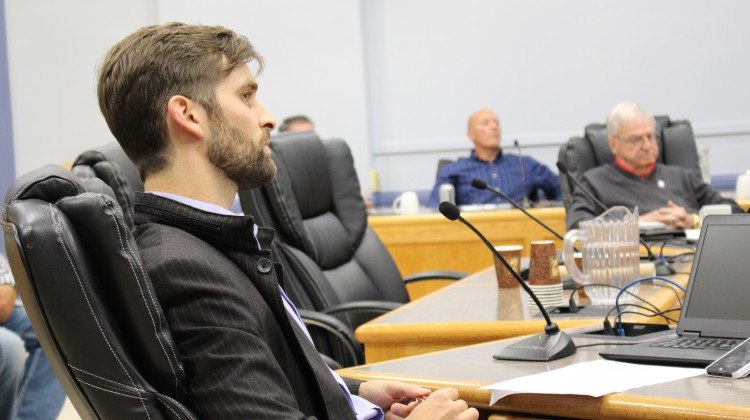 Photo: Councillor Andre Grzela, who brought up the idea of bi-monthly pickup. Supplied by Taylor Ablett.

A Code of Conduct for Timmins city council members is being pitched at city hall. The goal of the policy is to establish guidelines for ethical and interpersonal standards. The current draft includes things like how council should act in public meetings, the responsibilities of mayor and council, and how to treat confidential information.

Councillor Rick Dubeau was pushing for a social media policy to be added to the report, saying councillors shouldn’t be allowed on Facebook or Twitter during meetings. He says the city has a policy for its employees, as do other workplaces, saying cell phones are not allowed at work. And, Dubeau says when you’re at a council meeting, you’re in the workplace. He says councillors should be paying attention to what is happening as meetings proceed.

However, that pitch was shot down by the rest of council. Councillor Andre Grzela says it’s about time management. He says he juggles a full time job along with two young children. His routine involves reading the council package before the meeting, and marking down any items on the agenda he may have questions or concerns about. If there is an item where he doesn’t have questions, Grzela says he will maximize his time by not listening to what he’s already read and understood with no questions, and instead use that time to answers emails and respond to constituents.

Councillor Noella Rinaldo had similar comments, saying she will use her phone during meetings to check email or look up older council documents. But, she says as far as she knows, nobody is posting on social media in the middle of council meetings.

Read the draft of the Code of Conduct online. Click here and scroll to item 5D.